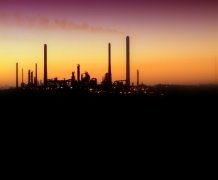 Global emissions of carbon dioxide from burning fossil fuels have risen again after a three year hiatus, according to new figures from the Global Carbon Project (GCP).

The alarming projection for 2017 is revealed in a new report by the GCP – co-authored by many of the world’s leading climate scientists including Professors Pierre Friedlingstein, Stephen Sitch, Richard Betts and Andrew Watson from the University of Exeter – published today.

The report reveals that global emissions from all human activities will reach 41 billion tonnes in 2017, following a projected 2% rise in burning fossil fuels.

The figures point to China as the main cause of the renewed growth in fossil emissions – with a projected growth of 3.5%. CO2 emissions are expected to decline by 0.4% in the US and 0.2% in the EU, smaller declines than during the previous decade.

Increases in coal use in China and the US are expected this year, reversing their decreases since 2013.

It was previously hoped that emissions might soon reach their peak after three stable years, so the new projection for 2017 is an unwelcome message for policy makers and delegates at the UN Climate Change Conference (COP 23) in Bonn, taking place this week.

Professor Friedlingstein, Chair in Mathematical Modelling of Climate Systems at the University of Exeter said: “It is probably too early to say that emissions are on the rise again, but our estimate for 2016 and 2017 clearly does not show any sign of peak and decline as needed to stabilise the climate.”

Other key findings of the report are that CO2 emissions decreased in the presence of growing economic activity in 22 countries, representing 20 per cent of global emissions. Renewable energy has also increased rapidly at 14% per year over the last five years – albeit from a very low base.

Lead researcher Prof Corinne Le Quéré, director of the Tyndall Centre for Climate Change Research at UEA, said: “With global CO2 emissions from human activities estimated at 41 billion tonnes for 2017, time is running out on our ability to keep warming well below 2ºC let alone 1.5ºC.

“This year we have seen how climate change can amplify the impacts of hurricanes with more intense rainfall, higher sea levels and warmer ocean conditions favouring more powerful storms. This is a window into the future. We need to reach a peak in global emissions in the next few years and drive emissions down rapidly afterwards to address climate change and limit its impacts.”

Dr Glen Peters of the CICERO Center for International Climate Research in Oslo who led one of the studies said: “The growth in 2017 emissions is unwelcome news, but it is too early to say whether it is a one-off event on a way to a global peak in emissions, or the start of a new period with upward pressure on global emissions growth.”

The team flags that persistent uncertainties exist in our ability to estimate recent changes in emissions, particularly when there are unexpected changes as in the last few years.