In the modern world, the demand for vast amounts of data is increasing at an explosive rate. The wireless backhaul is a bottleneck and needs to be overcome so that 6G systems can be created. Radio frequency orbital angular momentum beams (OAM) are thought to be one solution.

OAM beams have the capability to improve the spectral efficiency of communication by multiplexing parallel data streams along multiple OAM modes at the same frequency. The current crucial drawback of OAM carrying beam being used for applications is the central vortex. For increasing OAM modes, the divergence angle of the beam increases. As a result, the receive aperture size required for optimum reception scales with the OAM mode - which is undesirable and results in the use of OAM beam for large distances virtually impossible.

Notable work by F. Tamburini et al [1] focused on using a split parabola antenna to generate a single mode bean while collimating the divergent beam. We are developing a new approach to control the divergence of the OAM beam and generate broadband OAM beams. We are able to generate multiple OAM modes using a single uniform circular antenna array (UCA) [2]. Combining the UCA with a tailored parabolic mirror, we can successfully collimate the generated OAM beam for the range of operating frequencies of the antennas, without affecting the OAM structure of the beam. In addition to this work, we are also looking into methods of further enhancing the generated beam so that it could be useful for point-to-point communications. 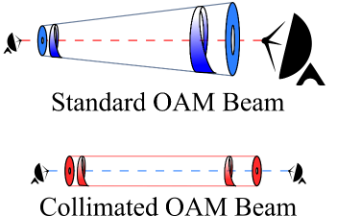 Figure 1. Schematic diagrams showing the difference between a standard divergent OAM beam and a collimated beam.

Computer simulation nowadays has the muscle to address problems previously thought out of reach. Especially in real-time imaging. Our broad problem is to simulate how light is transferred in deep and shallow waters; to produce an image of what one might see from above. 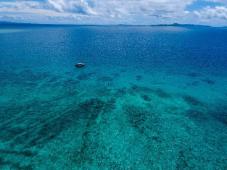 Modelling a plane-parallel ocean is, at first glance, slow. This is because one must solve a two-point boundary value problem: there is a differential equation, as a function of depth, with a boundary at the surface and at the bottom. The core of our approach uses a technique to cut this problem in half, solving two initial (one-point) value problems and stitching the solution together at the join via a technique known as invariant embedding. This principal opens up the door to various new approaches, such as:

Our imaging model further relies on the following ingredients:

The 1D output tells us the strength of radiation at all depths of the ocean (see below). Our next prerogative is build a bird-eye view.

The product we are developing provides foresight. Our ambition is to provide a great deal of data about what may be seen in the water without ever having to dip your toes in. Can we detect objects a short distance below the sea’s surface (e.g. ‘growlers’ – shipping containers that are a threat to shipping) or on the seabed (e.g. oil pipes and lost cargo)? How accurately can we monitor the health of a coral reef? What colour/texture should life vests exhibit to most easily be spotted from above?  These are amongst the scenarios we wish to simulate accurately for metamaterial design.