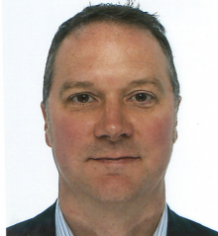 The University of Exeter has appointed Jim Sibson as an Honorary Associate Professor.

Professor Sibson, Head of Research and Partnerships at Babcock International, will join Exeter’s Engineering Department, initially on a four-year tenure.

He has enjoyed an illustrious career at Babcock International, starting as Programme Manager in 2010. Since then he has risen from Head of Product Support and Head of Technology Development to his current role as Group Head of Research and Partnerships.

Professor Sibson already has close links with the University, including collaborative projects on topics as diverse as developing energy scavenging for wireless sensors, to digital twins for asset management. He is a strong supporter of our IMechE Christmas lecture series at the University, which every year gives hundreds of families across the region an insight into how engineering is changing the world during a fun child-friendly event.

Babcock has a strong relationship with the University of Exeter, recruiting many graduates and working with research groups in areas such as data centric engineering and data science. Big Data is driving modern engineering techniques and Babcock use these to maintain and support vitally important complex national assets such as Royal Navy ships and submarines.

“We are committed to investing in technologies that create value for the business and our customers. Universities such as Exeter allow us to stay ahead of the curve in the application of digitally enabled asset management.” Professor Jim Sibson.

Welcoming Professor Sibson, Professor Chris Smith of Exeter’s Engineering Department said: “Jim’s honorary appointment is recognition of both his close collaboration in recent years in developing Digital Engineering technology, and the value he brings to the University. His insights into emerging technology and the challenges faced by the engineering sector, offer creative stimulation and challenge to us for new research ideas.”

To cement this relationship Babcock recently seconded James McNaughton from the University Innovation Impact and Business team to work as part of Babcock’s Group Technology Team. This shows the commitment Babcock and the University of Exeter have bestowed on each other.