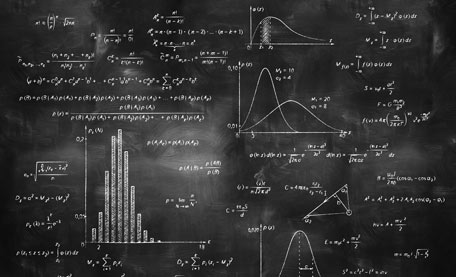 Exeter Mathematics School ranked amongst the best in the country

Exeter Mathematics School has been named as one of the best places in the country to study A-levels after students scored record exam results.

The school has been ranked as one of the top 20 institutions for 16 to 18 year-olds in England, according to new Government data. The school’s students have also been recognised as making the most progress in their studies, compared to every other sixth form or college in Devon.

The data, published by the Department for Education, shows the school is ranked in 22nd place for state-school students aged 16-18 for the progress students make during their time there, basedon the comparison of their exam marks between those two years.

Last summer a total of 11 per cent of students at the school, rated outstanding by Ofsted, achieved places at Oxford or Cambridge universities to study for degrees in science, technology or mathematics subjects, including mathematics, artificial intelligence, physics, engineering and geophysics.

A total of 59 per cent of examinations taken by teenagers at the school, which is sponsored by the University of Exeter and Exeter College, were graded at A or A* and 81 per cent were graded at A*, A or B.

Exeter Mathematics School headteacher Kerry Burnham said: “At EMS we are committed to making a positive difference to our students, creating an environment for learning that fosters a love of mathematics and science and provides the freedom to explore these subjects beyond the traditional curriculum.  We are delighted with the progress our students have made and couldn’t be happier for them as they move on to the next chapter in their lives.”

Exeter Mathematics School is a state-funded sixth form for mathematicians in the South West. It opened in 2014 and is one of only two “free” schools for enthusiastic young mathematicians and scientists in England.   The sixth form offers young people in the South West who show potential to do well in STEM subjects the chance to study in an exciting and challenging environment.

students work with University of Exeter academics and companies such as Dyson and the National Hydrographic Office to complete research into topics such as autonomous flight, artificial gills and neurons. They also complete the Exeter Mathematics Certificate (EMC): a course that enables students to develop research skills whilst exploring a subject of interest. Students study in groups in their first year, completing projects set by industry experts and academics. They achieve the full certificate by completing a piece of individual research in their final year

With increasing demand for competent mathematicians, the government is committed to opening more schools like the Exeter Mathematics School across the country as part of its Industrial Strategy and teachers are sharing their curriculum with colleagues elsewhere.

Provost of the University of Exeter, Professor Janice Kay, said: “We are so proud of the success of the Exeter Mathematics School. The outstanding teaching and curriculum is helping students from all backgrounds to thrive. This partnership between teachers, the University of Exeter and Exeter College is giving students access to unique opportunities which help to inspire, stimulate and challenge them to fulfil their potential.”