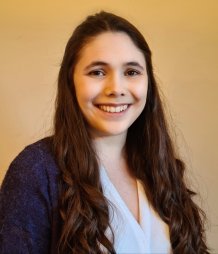 A student at the University of Exeter has received a prestigious national award, which recognises her as one of the ‘rising stars’ in the British space sector.

Megan Maunder, a PhD student in Mathematics, is one of the first recipients of the NextGen Network Rising Stars In Space Award, given by the British Interplanetary Society.

Megan received her prize at a special award ceremony, held to coincide with World Space Week, which this year was themed “Women in Space” to celebrate the accomplishments and contributions of women to sciences and the space sector.

She is one of five women from across the country chosen to win the award, and receives a commemorative British Interplanetary Society Comet Pin, as well as being profiled on the BIS NextGen website.

Megan is a final-year PhD student in the Centre for Geophysical and Astrophysical Fluid Dynamics, at Exeter. A firm believer in engaging the public in the scientific process, she has run a variety of outreach and public engagement sessions in the South West. Megan is passionate about creating more inclusive and accessible environments within academia and more widely in STEM.

She has recently taken over as Chair of the Royal Astronomical Society’s Early Career Researcher Network, following her time as Advocacy Coordinator.

In selecting Megan as one of the inaugural winners, the judges said: “Megan is an exceptional PhD student, who’s public outreach activities and commitment to inclusivity and accessibility across the space sector through multiple roles and activities makes her an incredibly well deserving recipient of the BIS NextGen Rising Women in Space award.”

Speaking after the ceremony, Megan said: “I’m delighted and honoured to be selected as one of the awardees. It’s fantastic to see so many amazing women and their contributions to the space community recognised- I’m thrilled to be a part of it.”

NextGen Network co-founder, Jenna Tiwana, said: “These women are beyond amazing, their dedication, their strength and their selflessness really left me and all the other judges speechless. The space industry is very hard, and these women not only excel in their careers, but they are also role models for progressing the industry.”