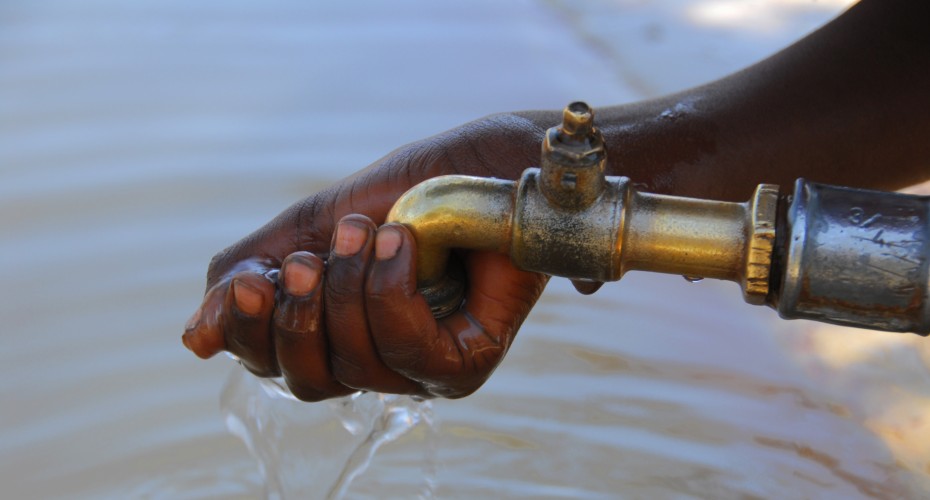 Our research addresses the provision of safe drinking water to large urban areas. Please see below for some of our research projects related to water quality and environment.

ARSINOE is financed by the European Commission with a total budget of 15 million euros and is coordinated by the University of Thessaly, Greece. It brings together 41 partners from 15 countries and intends to be a game-changer for shaping pathways to resilience by delivering regional innovation packages that build an ecosystem to develop and implement innovative climate change adaptation measures and solutions across Europe.

Acknowledging that climate change is complex and strongly connected to other global challenges, such as food security, water scarcity, biodiversity depletion and environmental degradation, it is insufficient to use traditional approaches to innovation that focus on one aspect of the problem.

Systems Innovation Approach (SIA) addresses the developing complexity, interdependencies and interconnectedness of contemporary societies and economies, covering the functions of the cross-sectoral system as a whole and the respective variety of stakeholders. The Climate Innovation Window (CIW) refers to the European Union’s innovations marketplace for climate adaptation technologies.

Towards this direction, in the next four years the ARSINOE project will develop a methodological framework for the combination of SIA with the CIW to create an ecosystem under a three-tier approach: (a) integration of multi-faceted technological, digital, business, governance and environmental aspects with social innovation for the development of adaptation pathways to climate change, so as to meet EU Green Deal targets for specific regions; (b) linkage with CIW to form innovation packages by matching innovators with end-users and regions; (c) fostering the ecosystem sustainability and growth with cross-fertilization and replication across scales, at European level and beyond, using appropriate business models and exploitation-outreach actions.

ENRICH will bring together expertise and experience from UK and Thailand in the areas of climate variability and climate change, floods and drought modelling and water resources management.

The Mun river basin in Northeast Thailand is a prime example of the area impacted by hydro-meteorological hazards. Its specific vulnerability lies in the fact that its upstream parts are more prone to droughts, whereby the downstream part of the basin is a flood risk zone. About 80 to 90% of rice cultivation area in the Mun river basin is rain-fed. Rainfall in the study area is highly erratic both in space and time even though the annual average amount is near to the norm of Thailand. This unevenness has serious effects on rice production, living conditions and income of farmers who are the main population in the region.

The ultimate aim of this project is to establish a strong collaboration and exchange of knowledge between the University of Exeter and AIT, to develop innovative integrated solutions to address the pressing problem of hydro-meteorological extremes and adaptation strategies and measures in the Mun river basin.

The proposed project will address the following research questions:

The proposed two and a half year research programme will be realized through four integrated Work Packages (WPs):

Two public participation meetings will be organised in the study area with local stakeholders - farmers, industries, local line agencies at provincial/district levels etc. - to understand the hydro-meteorological hazards related issues (at the start of the project), and discuss adaptation measures (towards the end of the project while developing the adaptation strategies and measures) with them.

Whilst ENRICH is a stand-alone initiative that can be completed independently, from an early stage it will seek cooperation with other projects funded within this programme to identify the potential for synergies through sharing data and expertise.

This three-year FAME project is designed to investigate emerging contaminants in the major Indian rivers and wastewater treatment works, as well as creating novel and affordable treatment solutions for urban and rural India. The project has been devised to support the Indian Prime Minister’s flagship initiative – The Clean Ganga Mission.

The project has 15 industrial partners including the Environment Agency, Southwest Water, Public Health England, Indian Central Pollution Control Board and wastewater treatment systems manufacturers based in the two countries.

Integrated Management of Flood and Drought in the Mun River Basin in Thailand (2021-2022, NERC)

This project will scope the flood risk of the Mun River Basin and analyse different types of drought and the yearly succession of wet and dry periods in current and future climates. The project will extend the scope of the ongoing ENRICH project (that is focussed on drought) to include flooding as the other hydro-meteorological extreme critical for South-East Asia and beyond. Findings from this project will address the classical but exacerbated problem of “too much” or “too little” water in the context of climate change. The key output will be the framework for integrated management of hydro-meteorological extremes that will be fundamental for future investigations of strategies for adaptation to drought and flood disasters.

This six-month project will build upon the successful partnership that the teams from University of Exeter and the Asian Institute of Technology (AIT) in Bangkok have had on ENRICH since 2018. Professors Slobodan Djordjevic, Mat Collins and Albert Chen from CEMPS and Professors Babel, Shrestha and Loc from AIT will work with a team of six postgraduate researchers at the two institutions. The project is supported by experts from relevant departments of Thai Government and scientific advisors from Denmark and the Netherlands.

The aim of this Knowledge Transfer Partnership (KTP) is to develop and embed a toolset utilising Bayesian Optimisation and CFD techniques in order to enable optimisation of product function and manufacturability, and accelerate the product development process.

This is the latest part of a long term collaboration between the University of Exeter (Prof Gavin Tabor, Prof Jonathan Fieldsend) and Hydro International Ltd, developing Computational Fluid Dynamics (CFD) and Machine Learning techniques for SUDs product design. Hydro International provides products and services in the water treatment and drainage sectors including wastewater, storm water and industrial water treatment products, and flow controls for urban drainage systems. The objective of the project is to use Bayesian Optimisation to optimise the separation of particulate waste from water using a cyclone separator very similar in function to a Dyson vacuum cleaner, but for water rather than air. The aim is for the computer to "learn" better designs for the separator trays which are at the heart of the system, providing key new IP for the company as well as a design tool which can be applied to other products in their range.

The South West Partnership for Environmental and Economic Prosperity (SWEEP) is a collaborative initiative that will help deliver economic and community benefits to the South West, whilst also protecting and enhancing the area’s natural resources.

Funded by Natural Environment Research Council’s Regional Impact from Science of the Environment programme for 5 years, SWEEP will bring academic experts, businesses and policy makers together to solve some of the challenges involved in managing, utilising and improving the natural environment.

SWEEP is a collaboration of three research institutions: the University of Exeter, the University of Plymouth and Plymouth Marine Laboratory – working together with a large group of highly engaged business, policy and community partners.

The OVERCOME consortium consists of world-leading organisations that aim to develop a state-of-the-art research plan which integrates digital innovations in natural hazard and risk predictions, in order to develop intervention strategies for strengthening the resilience of vulnerable communities against climate hazards and health impacts.

The collaboration will combine multidisciplinary knowledge to develop a novel holistic framework to forecast the impact of floods/droughts and associated disease outbreaks. OVERCOME also has strong support from global experts and local major stakeholders. The external partners will steer research direction throughout the project, contribute their complementary knowledge, and engage the team with additional partners through their strong international networking.

SARASWATI aims to assess the sustainability and potential of technologies already existing in India for wastewater treatment, reclamation and reuse, as well as newly piloted EU technologies.

In order to assess the potential of new EU technologies to solve the real water challenges in India, it is crucial to have detailed knowledge of the strengths and weaknesses of the technologies that already exist in India. SARASWATI will further investigate in detail the reasons that have led to either successful or unsuccessful technology implementations. Based on a thorough understanding of the performance of existing technologies and the reasons that led to success or failure, SARASWATI will be able to develop sound recommendations on how the sustainability and potential of the studied technologies can be (further) increased to make them more suitable to solve the water challenges in India.

The key objectives of the full project include:

Led by Professor Fayyaz Ali Memon, CWS team is mainly responsible for developing a multi-objective based decision support system and to propose optimal technology combinations (wastewater treatment terrains) keeping in view contexts for a range of regions in India. CWS will also develop a database on treatment technologies and their associated attributes and sustainability evaluation.

For more information about the project, please see the SARASWATI fact sheet.

SWEEP 006 connects academics and industry to evaluate and implement the potential of regional scale sustainable drainage in South West England.

The South West Partnership for Environmental and Economic Prosperity (SWEEP) is a collaborative initiative that will help deliver economic and community benefits to the South West, whilst also protecting and enhancing the area’s natural resources.

SWEEP 006 (Sustainable Drainage) is a sub-award of the main SWEEP partnership. The objective of this sub-award is to connect academia and industry to evaluate and implement sustainable drainage at a regional scale in South West England.

The overall objective of the Water4India project was to optimise and implement a set of technological alternatives for water supply in India.

The key objectives include:

This was a 3 year project supported by the European Union under the FP7 SME targeted Collaborative Project Call. The project team included nearly 20 partners from European Union member states and India.

Bacti: is a project to develop a tool (or suite of complementary tools) to deliver rapid forecasting of bacterial concentration exceedance in tidal waters where these arise as a result of trigger events such as rainfall, wind direction, Combined Sewer Overflow (CSO) operation, etc. It aims to facilitate meeting the requirements of European Commission Revised Bathing Water Directive (2006/7/EC)(rBWD). The project focuses on utilising machine-learning modelling tools that can also deliver acceptable levels of accuracy.  We also consider simple transferability so that it can be utilised widely at different bathing waters and shellfish waters.

The modelling tool will have potential applications in providing forecast water quality at bathing waters and shellfish waters to assist with water management actions, and active incident management.  Also it is intended as a tool to inform retrospective investigations into water quality non-compliance (in particular source apportionment at different bathing beaches).

View all of our projects related to our CWS research.