The Early Permian igneous rocks of SW England and the adjacent continental shelf form one of the major igneous provinces in the UK. The best known expression of felsic magmatism is the Cornubian Batholith, comprising composite granite plutons, stretching eastwards from beyond the Isles of Scilly, through Cornwall, to Dartmoor in Devon. It is associated with subtantial rhyolite / microgranite intrusive sheets ('elvans') and the remnants of formerly more extensive rhyolite lavas and pyroclastic rocks. The smaller and separate Haig Fras Batholith crops out on the sea floor almost 100 km NW of the Isles of Scilly. 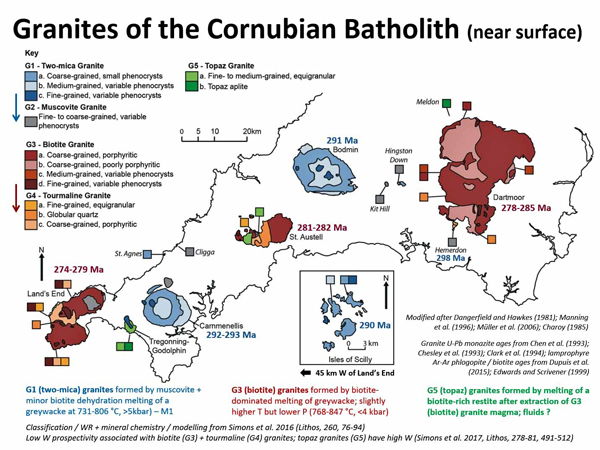 Why do the granites occur where they do and how was so much magma generated ?

Magmas were generated episodically over a 20 Ma period from c. 292 to 270 Ma, primarily by extensional thinning of continental lithosphere previously thickened during Variscan convergence. Mafic igneous rocks resulted from mantle partial melting and felsic igneous rocks largely by partial melting of the lower crust, albeit strongly influenced by underplating / emplacement of mantle-derived melts. Felsic magmatism was restricted to relatively narrow zones in the immediate lower plate / footwall of the Rhenohercynian / Rheic suture (generating the Cornubian Batholith) and the frontal segment of the Bristol Channel Fault Zone (generating the Haig Fras Batholith). The thermal evolution of the lithosphere and onset of partial melting was controlled by superposition of post-Variscan extension and Variscan convergence (figure below). 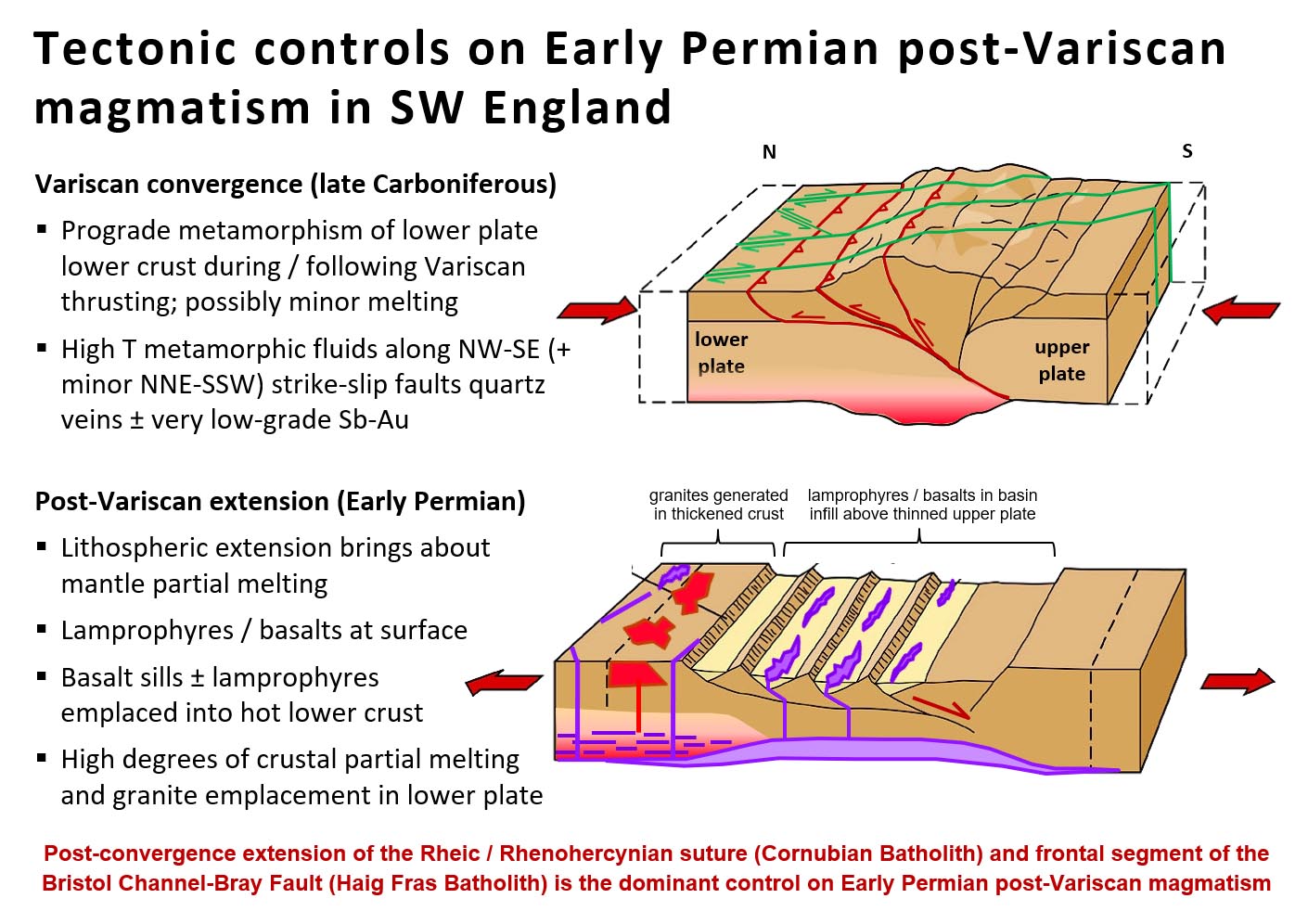 The Lundy Granite (Palaeogene) . . . and now for something completely different . . . or is it?

The Lundy Granite, located in the Bristol Channel off the north Devon coast, forms part of the Lundy Igneous Complex, and is the southernmost substantive expression of magmatism within the British-Irish Palaeogene Igneous Province and the wider North Atlantic Igneous Province. Charles et al. (2017) provided the first U-Pb zircon ages for the granite and confirmed a Palaeocene age (59.8 ± 0.4 – 58.4 ± 0.4 Ma). Its Qz + Pl + Kfs + Bt ± Grt ± Tpz mineralogy and peraluminous character contrasts with similar age granites farther north but are similar to the granites of the Early Permian Cornubian Batholith.