I have a user profile at ResearchGate that includes contributions to ResearchGate's questions and answers section. The Cave Radio and Electronics Group

is a Special Interest Group of the British Cave Research Association

. I have been involved with it almost since its inception in 1998. I have held posts as the Group's journal editor, technical editor and treasurer. I am also (alongside my CSM colleague Mike Bedford) one of its principal authors, with around 300 contributions to the journal.

Photo: The photo  (above or opposite, as your web browser dictates) shows Gareth Kennedy, a former lecturer at CSM, setting up wifi equipment in a disused railway tunnel at Ashbourne, in Derbyshire, to perform experiments that were part of the RFCS RAINOW project. (Photo by David Gibson). I have been closely involved with the British Cave Research Association

, a UK charity, since about 1990. I have held several posts, including its research-fund administrator. Since 2010 I have been a trustee, in the post of honorary secretary.

, and I was the editor of many of the issues.

At the moment (2020) I am involved with BCRA's project to set up a Cave Science Centre at Poole's Cavern in Derbyshire, as part of the team providing loggers and Internet connectivity. The web site, still under development (March 2020) is at cave-science.org.uk.

The facility is being designed to encourage undergraduates to undertake projects relating to cave science, climate and environment. The rationale is that undergraduates are sometimes disscouraged by universities from entering caves. Even with the promise of nationally-qualified cave 'minders', students have sometimes been unable to get permission to go underground in 'wild caves' to perform experiments and to undertake research as part of their degree dissertations. Some articles about the Cave Science Centre have appeared in the CREG Journal

(Search for "Cave Monitoring Centre", because the facility was initially known as that).  Also see my article Building Rugged Equipment for Use in Caves, at bcra.org.uk/cregj/?j=109

Cave research is important for several reasons – limestone aquifers are an important resource for a large part of the world’s population, and so tracing water flow (and water pollution) is important. Caves also provide a historical climate record, in speleothems, that is important in environmental research into climate change.

. I am part of the organising team for that event.

Recently, we have experimented with a network of computers that provide timetable displays, as well as news and information. The latest iteration uses a Raspberry Pi computer at the heart of each ‘information point’, which operates a web browser, pulling information from a local web server. Read my notes on this project by searching the CREG journal for Hidden Earth Timetable Display 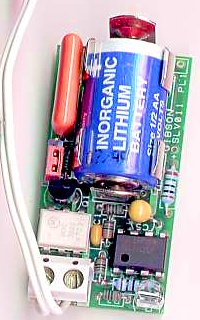 I have never won anything significant, and certainly not in my professional life. The closest I can get is two of the national caving awards, administered by BCRA.

It was some time ago now, but I also have...

I dont think I was ever a blackboard monitor.