Observational data of unprecedented quality are and will be gathered through numerous active and future large stellar surveys including 4MOST, APOGEE, GALAH, GaiaESO, PLATO, and WEAVE. These data provide fundamental information for the study of planets, stars, stellar populations and galaxies with unprecedented precision. The interpretation of this wealth of data requires stellar spectra in order to convert observations into fundamental parameters and chemical compositions. The past two decades have seen a revolution in the modelling of Sun-like star atmospheres, the so-called G-type stars, based on three-dimensional radiative hydrodynamics atmosphere models and non-local thermodynamic radiative transfer calculations. But very little has been done so far to extend these sophisticated models to lower mass stars, the so-called M- and K- dwarfs, despite being the most common and longest-lived stars in the Universe and the privileged targets for the search for habitable planets. 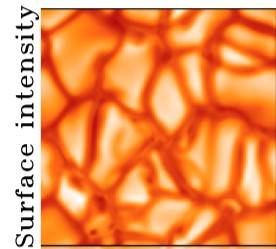 In this project we will develop the framework to extend existing one-dimensional local-thermodynamical equilibrium (LTE) models for K- and M-dwarfs to 3D non-LTE models. The project will be performed in close collaboration with Dr Maria Bergemann, from the Max-Planck Institute in Heidelberg (Germany). This project will provide an advanced expertise in the modelling of stellar atmospheres and the opportunity to interpret observations obtained with the best telescopes worldwide. The required background for the student is primarily in physics and mathematics.