The UK’s first fully electric powered sea-going ferry, designed and developed by consortium of engineering experts and businesses including the University of Exeter, has been revealed.

The ground-breaking project to create the innovative new vessel, called e-Voyager, will be unveiled at a special event on Monday, October 12th 2020.

The project, which was announced in June, received a £105,500 grant through the Clean Maritime Call, a £1.4 million initiative from Maritime Research and Innovation UK (MarRI-UK) and supported by the Department for Transport (DfT), to boost the UK’s goal of zero emission shipping.

Experts from the University of Exeter partnered with Plymouth Boat Trips, Voyager Marine, EVParts UK, Teignbridge Propellers and the University of Plymouth, to design, build and optimise the innovative sea-going, electric vessel.

The motors, energy storage, control and charging systems are now being tested in a real-world environment, enabling the team to gain approval from regulatory bodies. This will allow the vessels to be used across the marine sector and, eventually, carry passengers.

Through the ERDF funded Marine Business Technology Centre, Brian Lambert, a University of Exeter Research Fellow has supported the project partners in taking the idea of wanting an electric ferry and making it reality. He has worked on alternative charging technologies that can be safely used in sea water. As well as technology support he has also provided project management assistance as this is a first of its kind project for Plymouth Boat Trips.

Brian said: “This is the first step in showcasing the technologies required to de-carbonise the Marine and Maritime sector”

Professor Chris Smith, also from the University of Exeter added: “The project will contribute to the UK Government’s ‘net zero’ and greener transport ambitions and putting the UK at the forefront of the design, manufacture and use of zero emission vehicles.”

Project leader for Plymouth Boat Trips and Voyager Marine, Andy Hurley, said: “It’s hugely exciting to see the launch of e-Voyager and the result of such a progressive collaboration to create a cleaner and more sustainable future for the marine industry.

“Through developing the technology and maritime applications, Voyager Marine is helping to place Plymouth and the South West as UK leaders in the conversion and new build of zero-carbon, fully electric commercial vessels.”

Plymouth City Council will install three 22 kWh chargers on the Barbican Landing Stage, and using this system, e-Voyager will take under three hours to achieve a full charge. The vessel will be charged overnight when berthing, providing enough power to run for a full day and complete its journey on a single charge.

If required, the boat can simply plug in and recharge between runs as passengers embark. The council is working with local ferry companies to further develop a charging infrastructure for marine transport in the city.

The e-Voyager ferry will be the first vessel to have been recognised by both the MCA and a Classification Society, for satisfying the exacting standards of both organisations.

The partners are now progressing to the conversion of larger passenger vessels in Plymouth Boat Trips’ fleet of cruise boats and ferries, along with the new build of similar vessels. 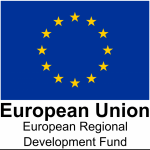