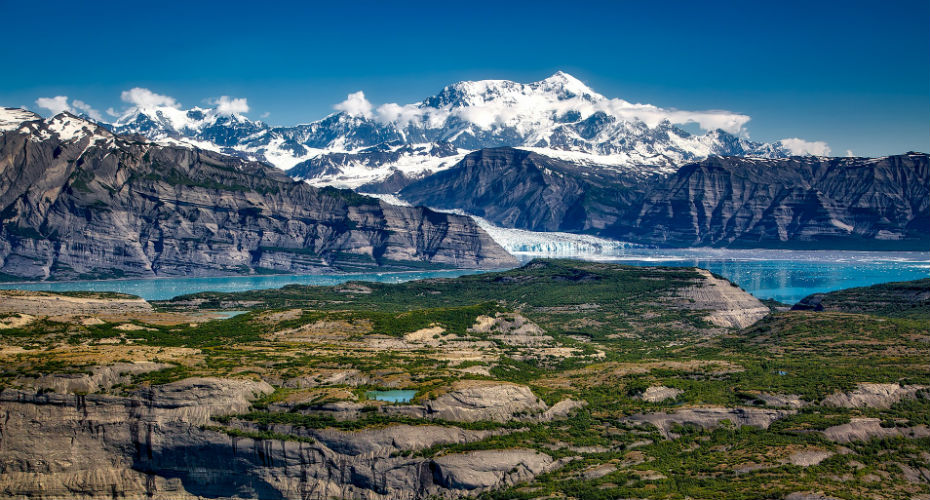 Two related issues that solicit much debate in Earth sciences focus on the extent to which glacial expansion during the Quaternary has influenced erosion intensity and whether any subsequent mass redistribution of sediments from glaciated zones of active orogenesis is capable of rapidly altering patterns of tectonic deformation. Integrated Ocean Drilling Program (IODP) Expedition 341, which drilled the Surveyor Fan in the Gulf of Alaska during summer 2013 – an orogen-margin sink for glaciogenic sediment eroded by the mid-latitude Cordilleran Ice Sheet from the St. Elias Mountains (Jaeger et al., 2011), seeks to tackle these issues by:

Central to the success of meeting these objectives is a detailed understanding of the mass flux and sources of sediments shed to the Alaskan margin prior to and during the unroofing history of the Elias Mountains from the Miocene to present. This project therefore aims to establish a provenance record of sediments deposited on the distal Surveyor Fan during the initial uplift and exhumation/erosion of the St. Elias orogen during the late Miocene, and following both the culmination of the intensification of obliquity-paced northern hemisphere glaciations, ~2.6 Ma and the establishment of major eccentricity-paced glacial cycles during the Mid Pleistocene Transition, MTP, 1.2–0.7 Ma.

Dr Ian Bailey at Camborne School of Mines in collaboration with Dr Ken Ridgway at Purdue University, USA and Heinrich Bahlburg at Muenster, Germany will use QEMSCAN (a fully automated system used for the  Quantitative Evaluation of Minerals (QEM) using a Scanning Electron Microscope (SEM)), Pb-isotopes in detrital feldspars, Ar-Ar dating of detrital amphiboles and fission track and U-Pb dating of detrital zircons to achieve these aims.